Down he went in his sphere, hurtling through the atmosphere in a ball of fire, the first human to fall to earth from space. Trailing a brilliant plume, he ripped like a meteor across the Mediterranean, over Turkey, over the Black Sea and into Russia in just six minutes.

Outside the temperature soared to approximately 1500°C, hotter than molten lava, hotter than the foundry where he had once cast iron as a student. His only protection from the inferno was the coating of resin-impregnated asbestos surrounding the sphere, eleven centimetres at its thickest point, just four centimetres at its thinnest. As he plunged further into the atmosphere, the asbestos burned off in layers, carrying the heat away from the vulnerable metal shell in a gas trail visible across the sky. That was the crackling sound he could hear.

He had been expecting it – but still it felt like he was trapped in a house on fire. He could smell burning too, an alarming odour that came on suddenly and then mercifully disappeared. Crimson flashes glowed at the edges of his portholes. His heart was pounding. The capsule was shaking, juddering, rocking in its earthward-plummet, and throughout it all the G-forces kept building beyond anything he had experienced during the launch, until they reached a massive 10 Gs – making him ten times his normal weight. He could barely move his arms or force out his breath in grunts. The blood drained away from his eyeballs. His vision tunnelled to a point. But the G-forces climbed still higher.

I could feel that the G-force was past 10. There were two to three seconds when all the readings on the instruments began to drift apart. Things began to lose their colour.
I had to strain and exert myself to focus.

He was approaching the dangerous condition called ‘G-loc’ – the loss of consciousness that comes with extreme acceleration forces as the blood begins emptying from the brain, inducing cerebral hypoxia. But all that tough training on Dr Adilya Kotovskaya’s spinning centrifuge was helping to keep him still conscious, and amazingly even now he was able to calculate mentally the approximate arc of the spacecraft’s oscillations from the movement of the sun across his porthole. Then the G-forces began to drop from their peak, and they dropped fast. The tremendous drag from the Vostok’s dive through the atmosphere had slowed it right down. It was approaching the speed of sound – a mere fraction of the speed it had just been travelling.

For the first time Gagarin could hear the air ‘whooshing’ outside, ‘as audible as in a regular airplane’. He was almost back in the world. In front of him the red Prepare to Eject light was illuminated, the next stage of his descent. He checked his leg and shoulder straps were pulled as tightly as possible. Once again he checked his visor was properly closed. He assumed the position for ejection, pressing firmly down into the back of his seat, making sure his pelvis was correctly placed in the seat’s base. If he got it wrong, the force of ejection could snap it apart like a match.

At an altitude of seven kilometres, 23,000 feet, the spacecraft’s barometric sensors triggered the three pyrotechnic charges in the hatch. There was a bang. The hatch blew off behind Gagarin. Cold air rushed into the cabin. For two endless seconds he waited to be ejected. The thought spun through his mind that the mechanism might have failed.

Then, with a roar, his seat rocketed out. 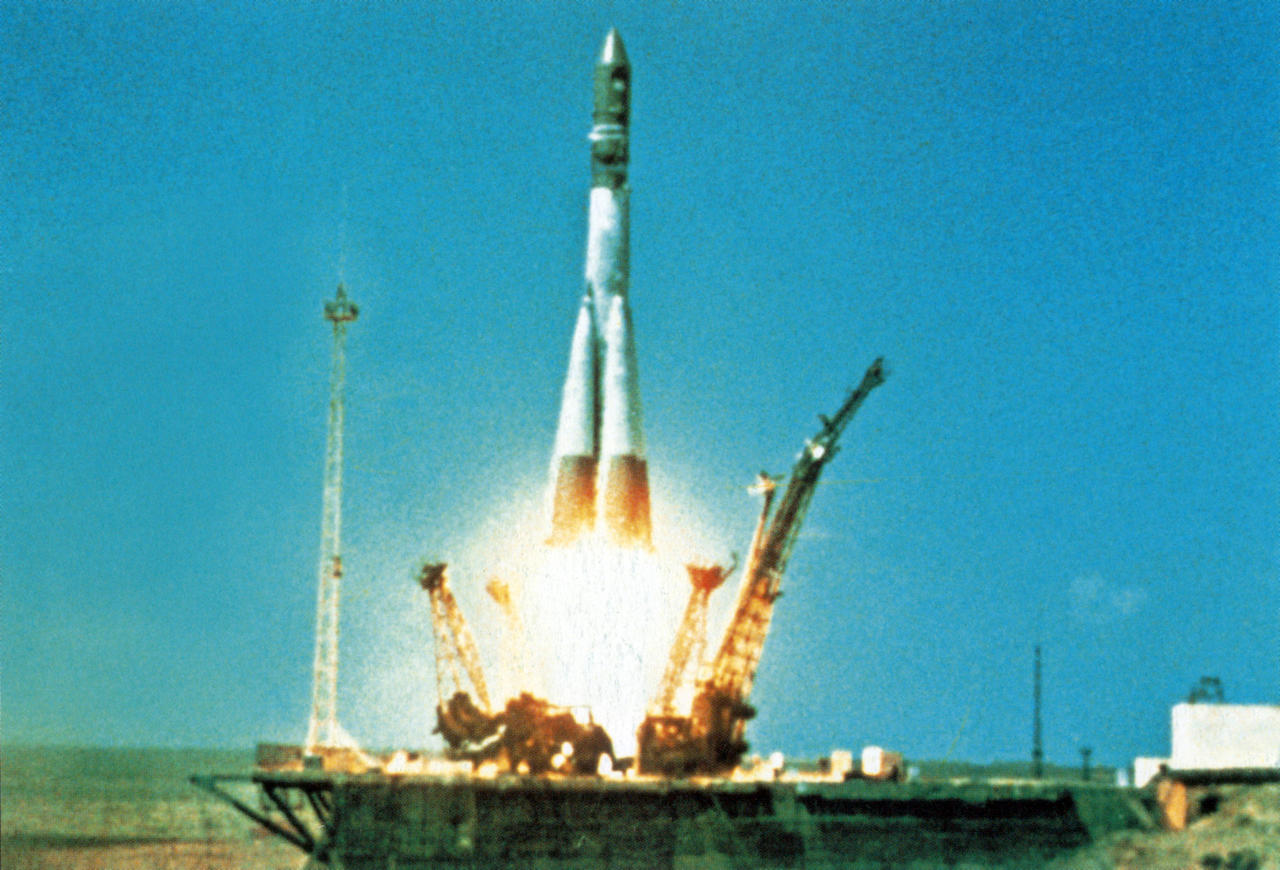 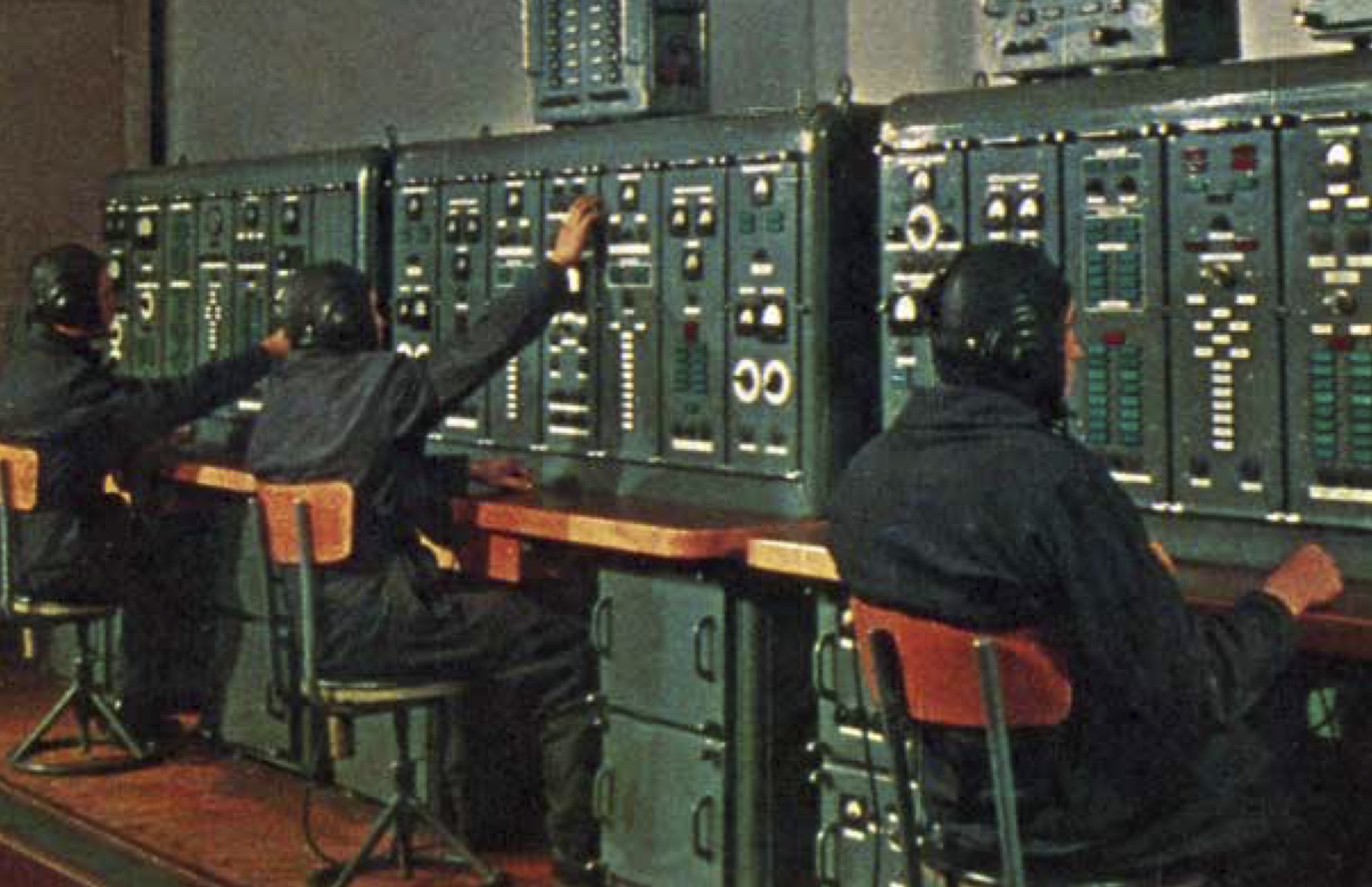 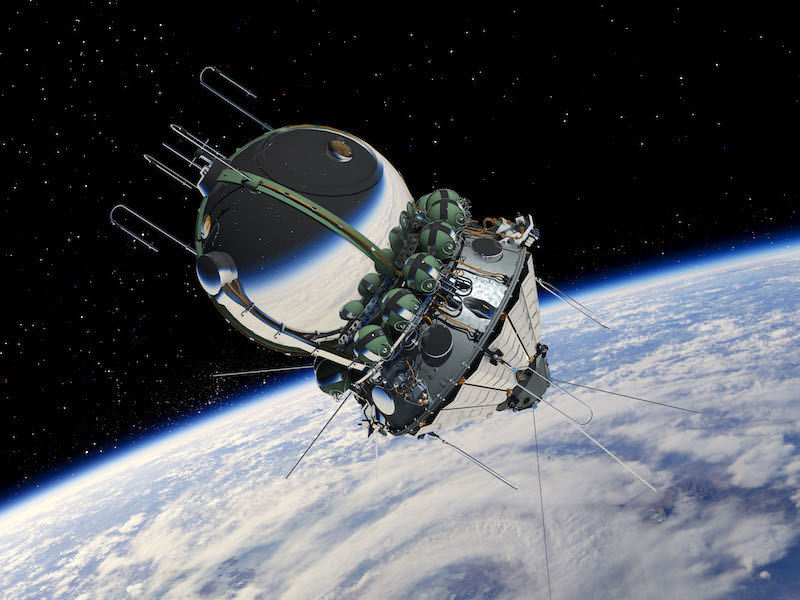 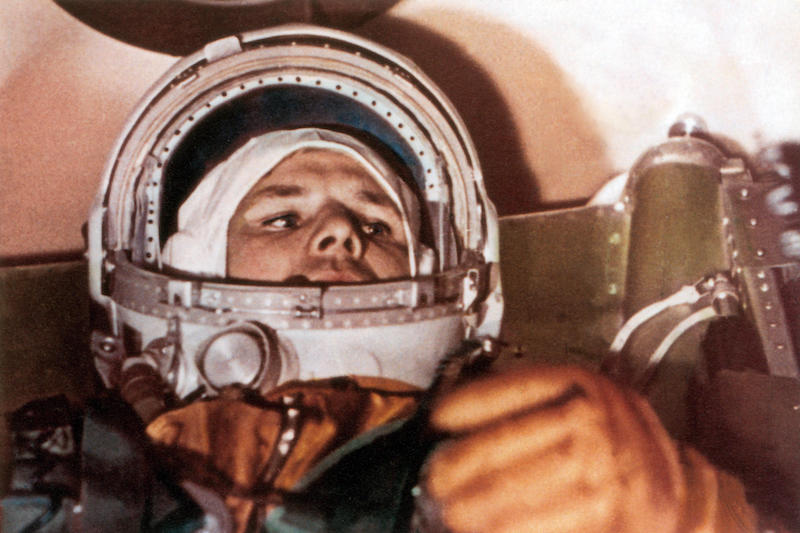 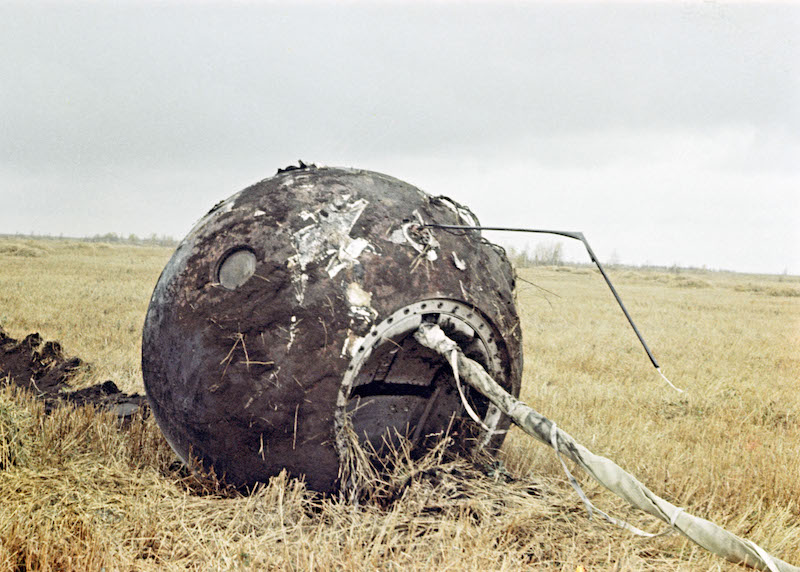 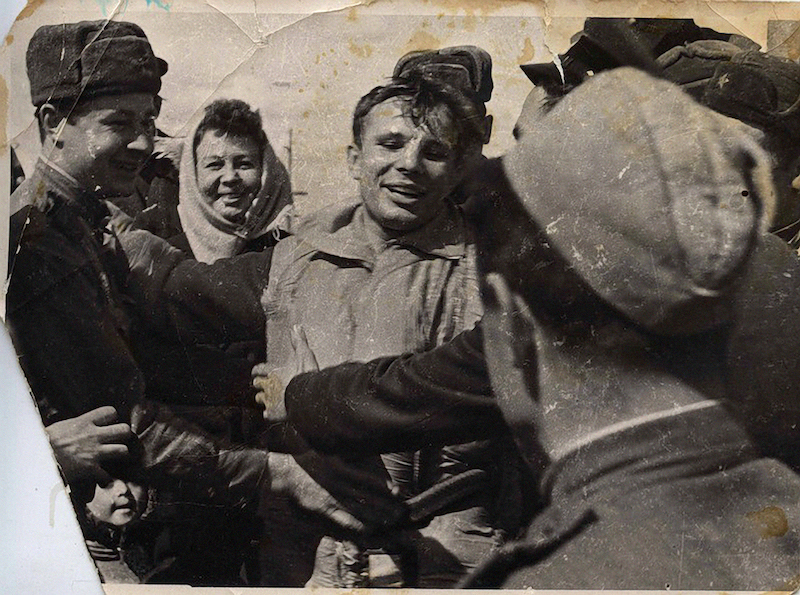 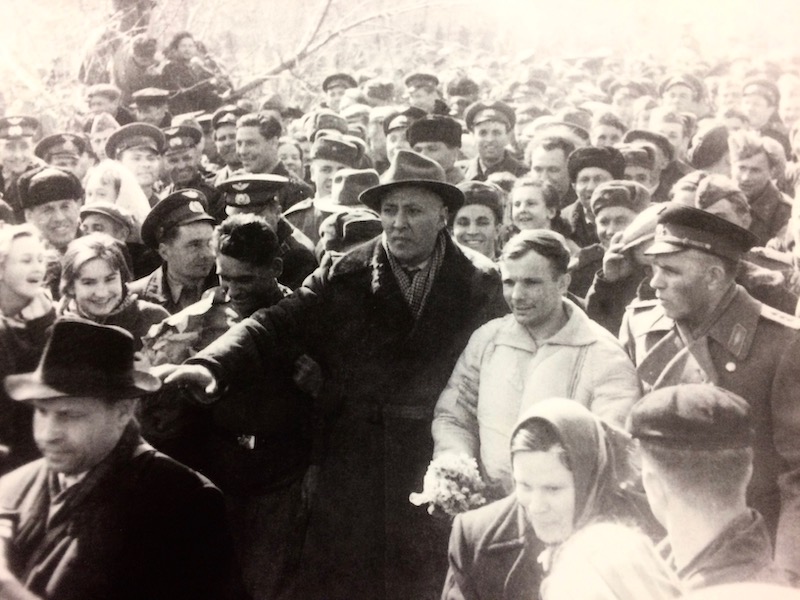 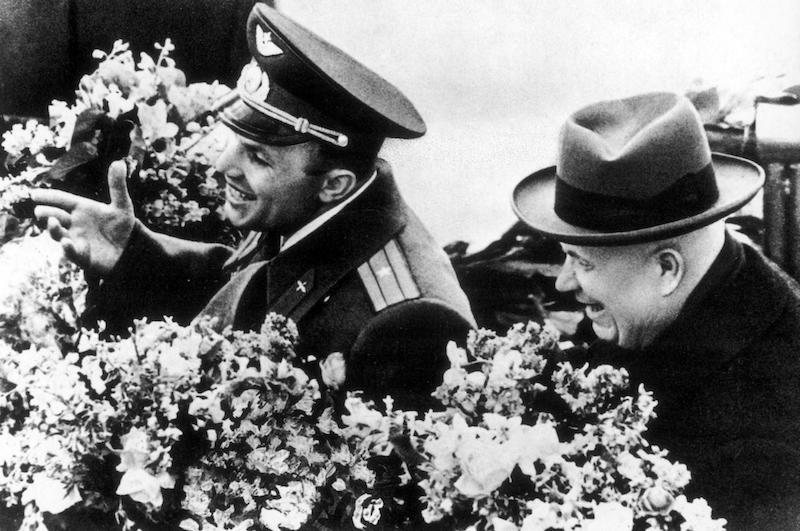